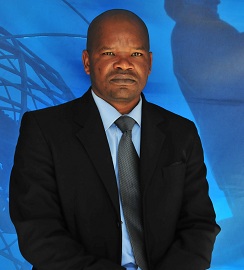 Africa is home to a significant portion of the world’s mineral resources that include platinum group metals (PGMs) gold, coal, copper and iron ore. The continent is estimated to hold approximately 30% of the world’s mineral resource deposits, has a population of 1 billion people and is expected to deliver steady Gross Domestic Product (GDP) growth of approximately 5% annually between 2013 and 2018.

The mining industry is a key driver of growth for many African economies and is a key source of foreign currency and employment. It also provides a catalytic role for the development of the continent’s infrastructure network including ports, railways, and roads. In South Africa, the mining industry accounted for approximately 9% of the country’s GDP in 2012. In the past decade, rising commodity prices and a strong demand for mineral commodities, particularly from China and India, resulted in resource rich African economies generating billions of dollars in foreign exchange receipts. Ghana and Mozambique’s mining industries accounted for approximately 60% and 66% of the two countries’ foreign exchange receipts respectively in 2012.

The turbulent macro-economic environment experienced by the global economy since 2008 has significantly depressed the demand for mineral commodities from the European Union, the United States, China and India. Slowing manufacturing activities in the developed economies have resulted in Africa’s platinum, copper, gold and coal mines suspending mining operations in order to cut operating costs and secure the survival of mining companies. African economies have been experiencing reduced foreign exchange earnings, widening current account deficits and volatile exchange rates since 2008 due to weak commodity prices and a slowing demand for commodities from developed economies.

The industrialisation and urbanisation of China and India, population growth, rising global demand for energy, climate change, and sustainability are some of the macro-economic forces that will significantly affect the long term direction and growth path of Africa’s mining industry. Regulatory certainty, compliance with health and safety regulations, and effectiveness in managing operations are other factors that will have a significant bearing on how Africa’s mining companies will build and sustain competitive advantage in global commodity markets.

The urbanisation of China and India has been one of the most important drivers of growth of Africa’s mining industry in the past decade. Between 1970 and 2010, a total of 658 million people in China migrated to cities, while 360 million people in India moved to the cities during this period. The proportion of people living in towns and cities in China in 2011 had reached the urbanisation levels of the United Kingdom in 1850 and the United States in 1920. The scope for further urbanisation of these two countries is massive, thereby creating a large and growing market for commodities such as iron ore, coal, copper and steel. China’s share of global demand for iron ore and metallurgical coal increased sharply from 26% and 39% in 2000 to 60% and 63% respectively in 2010. China has overtaken the United States, and the European Union economies, to become the single largest consumer of coal, iron ore, copper and ferrochrome in the world. Africa’s mining industry is uniquely positioned to take advantage of the rising demand for mineral commodities from China and India, due to the warm and supportive trade relations between the continent and the two countries.

The United Nations Department of Economic and Social Affairs estimate that at current urbanisation rates, China and India will have approximately 1 billion people and 600 million people living in towns and cities respectively by 2030. The two countries present significant opportunities for commodity consumption in the future.

The Chinese and Indian economies have grown at rates never seen by the world before, leading to massive production of manufactured goods such as automobiles, household appliances, textiles and industrial equipment. The rapid transformation of Chinese and Indian economies, since 2000, has resulted in the two economies moving from a predominantly extractive sector base to manufacturing where value is added to primary products. China and India’s combined contribution to global GDP rose from approximately 8% in 1990 to approximately 26% in 2010.

China and India’s Gross Domestic Product (GDP) are expected to reach $11 trillion and $6.5 trillion respectively by 2030, thereby creating a large market for commodities such as iron ore, copper, coal and steel from Africa’s mines.

A total of $42 trillion is expected to be spent across the globe by governments and municipalities in upgrading water, energy, transportation and telecommunications infrastructure between 2005 and 2030. Asia is expected to spend $16 trillion on infrastructure development while Europe and South America are projected to spend $9 trillion and $8 trillion respectively between 2005 and 2030. The Raw Materials Group (RMG) expects the global demand for iron ore to increase from 1.9 billion tonnes in 2010 to approximately 3.5 billion tonnes in 2030. The World Steel Association (WSA) anticipates that global steel consumption will increase from 1.2 billion tones in 2010 to 3 billion tones in 2030.

China and India are projected to spend approximately $2.7 trillion and $1 trillion respectively in upgrading water, roads, housing, rail and telecommunications infrastructure between 2012 and 2030. Increasing infrastructure spending by governments across the globe is expected to continue underpinning the consumption of mineral commodities such as iron ore, copper and steel for the foreseeable future.

The US Energy Information Administration (EIA) anticipates that the global demand for energy will increase from 18,000 Terawatt hours (TWh) in 2010 to 35,000 TWh in 2030. This will result in a significant increase in the consumption of energy commodities such as coal and uranium. Africa’s mines supply a significant portion of the coal and uranium used in generating electricity globally. Coal, which accounted for 35% of total energy consumption in the 1970s, is projected to account for approximately 69% of total energy consumption by 2030.

Africa’s mining companies are inter-dependent with the communities they serve and countries they operate in. There have been increased calls from African governments for mining companies to contribute significantly to the socio-economic development of communities that are affected by mining activities. Mining companies have the opportunity to contribute to the economic prosperity of the communities and countries they operate in by employment creation, skills and training investment, and the payment of taxes and royalties to governments. These companies are facing increasing pressures to develop business and social partnerships based on mutual value creation with local communities, governments and other interested stakeholders.

The Mine of the Future in Africa

Existing ore bodies in Africa are estimated to be exhausted in the next 25 years to 40 years, leaving behind deep level ores in remote areas that are more geologically complex to extract. Extremely challenging environments such as remote locations, tough ore conditions (hardness of rock, thickness of overburden), mining at great depths and environmentally sensitive areas are envisioned to be the operating conditions of the mine of the future. It is forseen that mines will be automated and totally integrated with field devices (sensors, actuators, motors and drives). Control solutions (DCS, SCADA), Manufacturing Execution Systems (MES), ERP and SAP would be integrated to develop a constant stream of information from which strategic and tactical decisions could be made. Mines will be using intelligent machinery and equipment for rock blasting and drilling, as well as intelligent transportation and logistics systems. These changes will increase operational efficiency, reduce costs and maximise productivity of mines.

Conclusion
The mining industry plays a key role in the provision of infrastructure, energy, housing, and transportation solutions to the continent. The future of Africa’s mining industry is dependent on the opportunities offered by the global macro-economic forces of development, and how mining companies will respond and position themselves in order to take advantage of these opportunities.

Wonder Nyanjowa is a Mining Industry Analyst at Frost & Sullivan