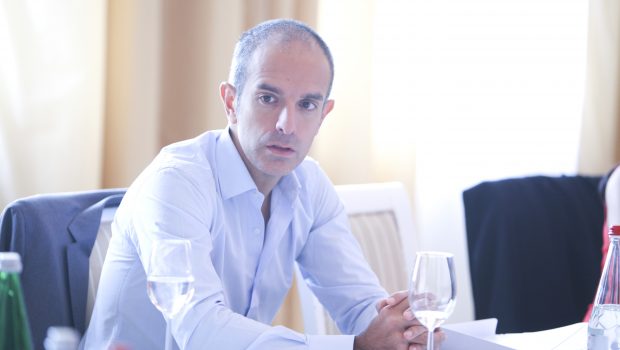 Committed to empowering the African continent Founded in December 2008 inside the Enel Group to develop and manage power generated from renewable resources worldwide, the company is working to set new standards in the field of sustainable energy, constantly pushing technological limits and fostering stakeholder awareness. Its projects include solar, wind, hydroelectric, geothermal, and battery storage energy solutions – all of which have contributed to a managed capacity of over 46 GW across more than 1,200 power plants.

Most notably is the company’s continued interest and investment in Africa – driven by the continent’s abundant availability of natural resources that present optimal energy generation and supply potential. Further, EGP is committed to fostering social, cultural and economic development across the continent through sustainability projects and the creation of shared value.

EGP is the Green Enabler, committed and able to support companies to incorporate sustainability in their value chains. EGP can assist businesses in the commercial and industrial sectors in achieving their sustainability goals, such as the need to reduce their carbon footprint and the demand for a stable supply of renewable energy.

Manuele Battisti, Southern Africa Business Development Manager at Enel Green Power, explains that EGP’s global expertise and trust is apparent with its recent prominent PPA signings. He says the opportunities are there for commercial enterprises in Africa to begin reaping the cost-effective renewable rewards that international counterparts have been benefiting from for years, with policies now allowing renewable energy providers to compete and provide affordable, cleaner solutions.

“Recent regulatory amendments in some sub-Saharan countries, including South Africa, have given the green light to independent power producers (IPPs), allowing us the opportunity to compete for renewable energy tenders across the region as well as bilaterally proposing renewable solutions for large clients. Our intention to expand into sub-Saharan Africa is motivated by several elements determined by our technical screening of proposed countries,” adds Battisti.

“We consider several factors before entering a market, including the proposed country’s electricity market being capable of hosting the supply of power and the adequate consumption of power generated by an IPP such as EGP. Additionally, we look at the resiliency of the country’s infrastructure and the stability of regulatory framework and policies that allows IPPs to plan over a long-term period in the intended country. The latter is important as we envision our projects to be long term solutions – far exceeding 20 years.”

Over the last 7 years, EGP has invested in several sub-Saharan countries including South Africa and Zambia. The countries met the predetermined screening characteristics as well as having organised well-structured tender processes like REIPPPP in South Africa and the World Bank Group’ Scaling Solar program.

EGP, realising the enormous potential of the sub-Saharan African markets, accelerated its activities by developing a flexible and diversified pipeline of projects that can respond quickly to different customers’ needs.

On top of expanding its presence in African markets, EGP is investigating the viability of operating in various markets across East and West Africa – regions which the company deems having similar renewable IPP participation as well as synergies in geographical coverage.

This has seen great success, with the company launching a business development and commercial office in Kenya in 2015. EGP is currently co-developing wind, solar PV, small hydro and geothermal projects in the country, some of which are currently at an advanced stage of development.

Furthermore, Battisti says that Ethiopia, while abiding by different regulations and policies to those seen in Kenya, presents opportunities for IPPs to invest in the renewable energy sector, thanks to procurement tenders launched by the Ethiopian government from 2016. This after the country had no specific renewable projects underway at the time despite its renewable energy potential.

“EGP’s involvement saw the company being allowed to operate from pre-selected sites, the most notable of which is our current 100 MW AC solar plant facility currently under development in Metehara – 200 km east of Addis Ababa,” he adds. “While policies on the deployment of renewable energy solutions are ever-changing, we aim to pursue possible future programmes, tenders, and continue developing our own projects to deploy in a suitable regulatory environment.”

More still, EGP is continuing to scout further afield, indicating various regions in West Africa which meet the technical screening criteria, including Ghana, Senegal, and Ivory Coast amongst others. These, the company envisions, will have an interesting pipeline of projects in the medium and long term.

The renewable potential of Africa

“Africa is rich in the necessary natural resources, with the majority of countries blessed with an array of resources needed for generation. EGP is involved in the generation of energy through solar, wind, hydro and geothermal resources, and in regions where possible, all four resources will be investigated for possible generation,” he says.

Battisti concludes by stating that stable policies in each African country drive EGPs inclusion into the specific energy markets, adding that what is needed are clear rules that allow any large or small energy player to plan investment and compete on a level playing field. This does however not lend to the idea of incentives, but rather a clear and stable environment that will promote the longevity of any potential project and the successful generation of renewable energy.