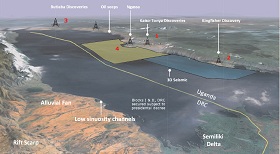 Since the inception of the 9th Parliament in 2011, Uganda has seen some vociferous debates and the emergence of new personalities trying to make their voices heard in the way politics and ideas are played out in Uganda.

For many sceptics, the high number of MPs from the ruling party, the National Resistance Movement (NRM), initially led them to suspect the 9th Parliament would be a hushed one that would take orders from the president from the onset, as was the case with the 7th and 8th parliaments. This was not the case – with President Yoweri Museveni and those close to him recently warning MPs against continuing the “bad politics” coming from the house – although the extent to which parliament can and really is determined to challenge the executive remains to be seen.

The first weeks in the 9th parliament were dominated by two major matters that would form the bulk of debates in the months to follow. These included the Anti-Homosexuality Bill that was a spill-over from the 8th parliament, and the Petroleum Bill which also made an entry in the 8th parliament but was sent back for re-drafting.

The former bill has been postponed and re-postponed, while the latter bill made a comeback in the form of three separate bills: the Petroleum (Exploration, Development and Production) Bill 2012, the Petroleum (Refining, Gas Processing, Conversion, Transportation and Storage) Bill 2012, and Uganda Public Finance Bill 2012 which focuses on revenue management.

Just like the bulk of ordinary Ugandans, the majority of MPs had little understanding of the oil sector in the country and its potential economic impact. It was up to a few civil society organisations and the government to try and bring them up to speed on the potentials of the resource, and the production status of the sector following the discovery of commercially viable deposits in 2006.

For many of the MPs who were new to the house, the oil debate, which is now a hot topic in Uganda, was an opportunity to heighten their political profiles. In the months prior to the start of debates in October 2011, some of them visited the oil-rich areas to gain a grasp of the issues first hand. Controversy followed interest, however, in that even before the bills could be tabled, allegations of corruption involving some ministers and President Museveni started making rounds in parliamentary corridors.

In an attempt to avoid further dispute, a house sitting was called. It was one of the few times that MPs from both sides of the house would come together to fight for what they referred to as the people’s cause. It was during this debate that new names like Gerald Karuhanga, Nsereko Muhammad, and Vicent Kyamadidi, among others, came to the political fore. Interestingly, many of these firebrands, including two of the three above, are members of the ruling NRM.

From the time these initial debates were held in parliament, certain MPs rose to ‘protect’ what they felt was a resource for the people. There was much excitement about how parliament would act over the petroleum bills. But this greatly displeased Museveni and his executive. The aging Museveni sees oil as a central part of his legacy and thus wants as much control over proceedings as possible. When he talks to the public about any oil-related issue, he firmly asserts that he discovered the resource and sometimes even lists the achievements he has made in the sector such as training Ugandans to prepare them for the oil boom. This next five years will be crucial for him if he is to consolidate a legacy around oil.

Museveni’s legacy and muzzled MPs
With these high stakes at play for Museveni, even an assertive parliament is fighting an up-hill battle, especially with Museveni pulling all his tried and tested tricks out of the bag. Many of the new MPs who spoke up, for example, later withdrew their comments following a caucus meeting in which the president ‘educated’ them on oil developments.

Following pressure from the president, many NRM MPs, ultimately beholden to the president for their seats, refused to break with the official party line, and there was a complete turn around in the way MPs debated and voted in regard to several sections of the bills; for example, over the contentious clause 9, which gives unlimited powers to the minister of energy to negotiate, grant and revoke oil licenses.

At the moment, the big question this all comes down to is: Can parliament rattle the executive? And at the moment, the answer seems to be no. The executive currently appears able to bulldoze parliament with little thought of democratic process. Most decisions are made even before they go to parliament such as during the appointment of ministers to the cabinet. When parliament tried to deny some nominees a spot in the cabinet, the president castigated the MPs involved and called a caucus meeting. All nominees eventually went through.

Regarding oil, President Museveni seems to be taking unilateral action once again, concerning the courting of future oil investors. He has made recent trips to countries including Russia in the hope he can get good ideas and investment partners, for example, and has held several discussions with the Iranians over Uganda’s oil exportation. While this is happening, a largely muzzled parliament is failing to emphasise the corruption prevalent in the mismanagement of oil contracts and the ill-preparedness of the nation for this oil boom.

Many Ugandans saw the oil debate a potential marker for an aggressive and assertive parliament. It was an opportunity for parliament to steer the country forwards in other areas too by using the debate to gain primacy or at least equivalence with the executive. However, in the near term at least, it seems the president will continue to be able to control parliament even without dramatic threats of a coup.