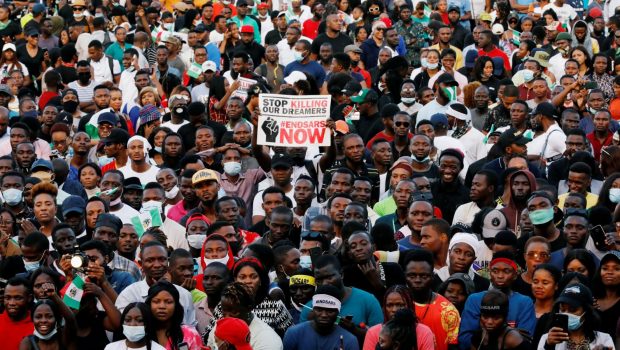 Why Being Endowed With Oil Is Not Always a Boon Development scholar Richard Auty first coined the term ‘resource curse’ in the early 1990s. He used the phrase to describe the puzzling phenomenon of resource wealthy countries failing to industrialise. Manifestations of the ‘curse’ now range from widespread corruption to civil war to deepening authoritarian rule.

Literature on the resource curse has done an adequate job of describing the general nature of the relationship between resource dependence and underdevelopment. It now needs to focus on understanding specific manifestations.

In my latest book, I detail what these are in relation to oil in Nigeria and Angola, sub-Saharan Africa’s two largest oil producers.

My book shows that the resource curse manifests differently in different contexts.

Why does this matter?

If governance interventions are to be useful, it’s important to understand the context. Otherwise, policy interventions won’t gain traction. If political dynamics play a determinative role in long-run economic outcomes, we must understand them better.

In 2018, Angola’s fuel exports constituted 92.4% of the country’s total exports. Oil rents – the difference between the price of oil and the average cost of producing – accounted for 25.6% of the country’s Gross Domestic Product (GDP). In 2019 the country ranked 148th out of 189 countries in the UN’s Human Development Index.

Nigeria’s oil exports in 2018 were 94.1% of total exports, oil rents amounted to 9% of GDP. In 2019 it ranked 161st on the human development index . As is clear, sub-Saharan Africa’s major oil producers are clustered around the lower end of the human development spectrum and are mostly autocratic.

Both Nigeria and Angola have been characterised by one form or another of autocratic rule for most of their post-independence histories. Autocracy invariably undermines a country’s development prospects.

Angola was plunged into a civil war shortly after independence in November 1975. It then suffered an unsuccessful coup attempt in 1977.

In Nigeria, the balance of power at independence in 1960 was just as precarious as Angola’s. Nigeria suffered two military coups in 1966, and a civil war from 1967-1970.

But why does oil fuel the consolidation of autocratic rule in one context, but not necessarily in another?

It all comes down to how the leader of the ruling coalition extracts and distributes the oil rents. In my book, I employ a game theory model developed by Princeton political scientist Milan Svolik to explain these divergent political outcomes. Jose Eduardo dos Santos came to power in 1979 and served as president until 2017, grabbing power early and repeatedly. Svolik’s model predicts that rulers who can do this at the same time as limiting the probability of a coup being against them manage to entrench their rule.

Within six years, dos Santos had consolidated power. He eliminated internal threats by subverting power sharing institutions and purging key individuals. For instance, in 1984 the central committee of the ruling Movimento Popular de Libertação de Angola (MPLA) – created a ‘defence and security council’, chaired by dos Santos. As I note in the book, it became an inner cabinet, “effectively eclipsing the Political Bureau as the country’s top decision-making body”.

A year later, dos Santos dropped Lúcio Lara, the party’s stalwart intellectual, from the Political Bureau, thus removing the last potential threat to his rule. Simultaneously, he used the extensive oil rents at his disposal – and the cover of civil war – to either co-opt or eliminate opposition.

He did so by ensuring that the state oil firm, Sonangol, was proficiently run. It soon became Angola’s shadow state through its vast web of subsidiaries. After the civil war – 1975 to 2002 – Sonangol became the driver of (limited) development, but also the key distributor of patronage to cement dos Santos’s power. He not only bled it to enrich his family dynasty; he also used it to appease his inner circle.

Dos Santos ended up ruling for 38 years. But, his key strategic mistake was placing his children in plum Sonangol positions ahead of loyalists.

In 2017, João Lourenço, a former Defence Minister, became the new Angolan president. Dos Santos was to remain head of the MPLA until 2022. But, he was ousted through what was essentially a bloodless coup in 2018, engineered by his former loyalists like Manuel Vicente, the long-standing former head of Sonangol.

The Politburo appointed Lourenço president of the MPLA. He has since purged the dos Santos children from plum positions. Angola is still heavily dominated by the ruling MPLA, though. Prospects for a more competitive political settlement appear limited.

The case of Nigeria

Within six years of independence from Britain on 1 October 1960, the military launched a coup. This initiated a long period of military rule. Seven coups occurred between 1966 and 1993. Military rule was largely uninterrupted from 1966 to 1999. But neither the coups nor the civil war were driven by oil.

Oil wealth only became a major factor in Nigeria’s political economy in the early 1970s, when the price rocketed as a result of the global supply crisis. Windfall oil wealth exacerbated the preexisting fragility. The state run oil firm, the Nigerian National Petroleum Company, was inefficient compared to Sonangol. Nonetheless, it served as the country’s cash cow, milked to extend patronage.

But, unlike in Angola, no aspirant Nigerian autocrat was able to monopolise personal control over the national oil company. As I detail in the book, oil exacerbated fragility in Nigeria. While Angola’s dos Santos maintained a stable bargain among elites, Nigeria’s balance of power remained precarious.

In 1975, another military coup toppled Yakubu Gowon who had ruled Nigeria through the civil war. Murtala Muhammed came to power but was assassinated in a coup attempt six months later, which brought Olusegun Obasanjo to power in 1976. Obasanjo guided a transition to civilian rule in 1979 but this only lasted four years.

A 1983 coup brought current president Muhammadu Buhari to power and another ousted him two years later. Ibrahim Babangida then ruled until 1993. After a brief attempt at civilian rule, Sani Abacha came to power through yet another coup that same year. He died in office in 1998. His successor, Abdulsalami Abubakar, returned the country to civilian rule a year later.

Former military ruler Obasanjo – who had been imprisoned by Abacha – won the 1999 elections but attempted to grab a third term as president in 2006. Despite alleged oil-funded bribery to lobby party members to support his cause, they held fast to the constitution’s term limits.

The importance of that moment cannot be overstated. It has resulted in a more open and competitive political settlement in Nigeria. Maintaining constitutional term limits can stop autocratic entrenchment in its tracks. Unfortunately, this has not guaranteed stability in Nigeria. Post-2015 fragility has deepened considerably.

Where to from here?

As my book shows, oil rents grease the wheels of political dynamics very differently in Angola and Nigeria.

Existing explanations for different manifestations range from ethnic fragmentation, inherited colonial structures, the role of foreign actors and how lootable the oil is.

More attention now needs to be paid to how aspirant autocrats use natural resource rents to accumulate power for themselves. This can lead to policy practitioners developing an early warning system that may help citizens to nip power-grabs in the bud.

This may serve, in conjunction with other policy interventions, to ultimately reverse the curse.