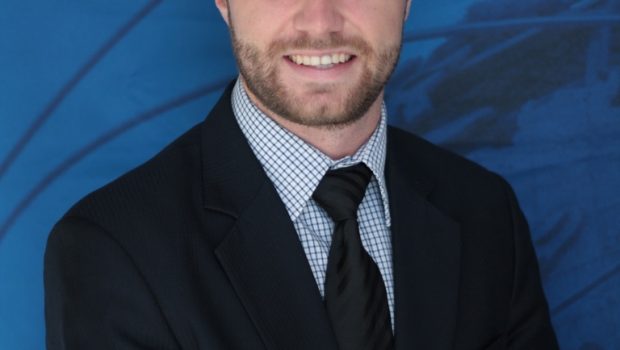 Fracking the Karoo in South Africa Fracking the Karoo in South Africa

There are high hopes that shale gas will be abundantly available in the Karoo region of South Africa, but history has shown that developing a shale gas industry will no doubt be met with resistance from environmental and social activists regardless of how lucrative the industry might be. Lessons learned from the fracking industry of the United States ought to be applied to the South African context; however, vast differences exist in the political and legal climate.

The fracking prospects in South Africa have been overshadowed by the costly and unnecessary nuclear program. Recent announcements made by the South African government show that fracking has been given the stamp of approval while nuclear has suffered a major setback due to the unlawful procurement process. This comes at a time when the 2016 Integrated Resource Plan is expected to pass through parliament, outlining the energy roadmap for the foreseeable future. Gas will certainly play a more significant role in the energy mix which may further strengthen the call to frack the Karoo. Currently, the determinations require that 3,126MW of baseload and/or mid-merit energy generation capacity is needed from gas-fired power generation to contribute towards energy security. Over and above the need for gas-to-power, natural gas (NG) has vast uses and interest in several industries.

The demand for NG in South Africa has not been quantified in its entirety. Besides gas-to-power, natural gas can be used to substitute other fuels in various industries. Sectors such as automotive or manufacturing largely use heavy fuel oil (HFO) or liquefied petroleum gas (LPG) in their operations. These fuels are more costly and environmentally taxing than liquefied natural gas (LNG) or NG. Furthermore, NG is easily transported, internationally supported, homogenous and can be more efficiently used for power generation (more kWh per GJ). The versatility argument in favour of NG is strong and industry players are eager to convert. The problem for many in South Africa is their location. NG in South Africa currently originates from two sources , namely Mossel Bay and Mozambique. Mossel Bay’s gas fields are in an advanced stage of decline and are only expected to last for a further 6-7 years, whereas the gas fields in Mozambique are large and account for South Africa’s entire imported primary energy from natural gas (120-140 PJ per year). The NG from Mozambique supplies Gauteng, Mpumalanga and Kwa-Zulu Natal. In order to receive NG in the other areas of South Africa, fracking may be the easiest option due to proximity to the source and the Karoo’s hypothetical volume.

The study area under review in the Karoo estimates the economically recoverable gas to fall within the range of 5-20 trillion cubic feet. The lower range is considered ‘Small Gas’ while the upper range is ‘Big Gas’. The total natural gas supply in South Africa, including Sasol’s synthetic gas, stands at 155-175 PJ which is 2.5% of the total primary energy. The addition of shale gas has the potential to increase this contribution significantly. Should reserves be found, the drive to get the process through the legal channels by many companies and stakeholders will be that much greater.

Depending on the size of these recoverable reserves, shale gas may end up contending with the gas-to-power procurement program in South Africa. Large local resources of gas will alleviate the need to import natural gas from foreign sources, pay in foreign currencies and deal with international bureaucracies. The Big Gas scenario assumes enough supply for two gas combined cycle turbine power stations, each of 2 000 MW. This will surpass the current determination 3,126 MW, leaving an abundant supply for a gas-to-liquid plant and other industries.

While the current and potential demand for NG is almost a certainty due to interest, the actual available supply is far less certain and it should be stated that there is an equal chance there might be nothing in the shale rock to be extracted.

The benefits to the economy from developing a shale gas market are apparent; however, like with most ventures that impede the environment, certain groups oppose the developments. One of the greatest concerns is the risk fracking will impose on the Karoo water sources, both ground and surface water. Water scarcity and the threat to contamination of current sources are the two major aspects to consider in relation to water. Water scarcity in South Africa is currently one of the major challenges facing all sectors of the economy in the South-Western parts of the country and developing an industry highly reliant on water is definitely going to face some opposition.

Fracking as a process requires large volumes of water, typically 1,000 m3 for drilling, 16,300 m3 for hydraulic fracking with no water reuse, and 11,150 m3 in the cases where there is technology to reuse water. Depending on the depth and number of wells drilled, the total volume of water is in the region of 6,000,000 – 45,000,000 m3.  Taking these numbers into account, the capacity to supply water for shale gas development from the existing sources is not enough. In addition, the long-term impacts on the source of water are a primary concern. These impacts also refer to the chemicals used in the fracking process that are vital in maintaining high efficiency in extracting and processing the natural gas from the shale rock. However, should this contaminated process water escape into the environment, either as surface spillage, flow back or as produced water; it would compromise the surrounding water bodies.  Brackish water, or non-potable water has the potential to substitute this requirement but this complicates the process which oil companies prefer to avoid.

Discussions around water vary, depending on where the water is sourced i.e. ground or surface. Surface water is outlined by their catchment areas and is completely separated from other areas by watershed boundaries. These are water bodies above ground. Ground water is not visible, but sits in shallow water bearing permeable rock and is tapped into as a secondary source of water by local communities or farms. The hydraulic connectivity of the deep and shallow formations poses a problem for widespread contamination from flow back or produced water. In other words, contamination can easily spread due to the links between water bodies.  However, percolation of fracking fluids to surface water levels is very unlikely. Risks associated with surface spills and along transport networks are the most likely source of water resource contamination.

The government will see staunch resistance from environmental activists if they do not have the “mechanisms and instruments that seek to augment existing laws for the protection of water resources” as claimed by the government themselves.

Water is not the only concern, but cultural heritage, agriculture, and tourism are all affected. The social fabric of the Karoo will be affected by any level of shale gas development (SGD); this is not necessarily all negative. Improved housing provisions and training programs will be a vital component in getting approved social investment requirements. However, the towns of the Karoo are already experiencing back-logs from migration to the towns. The SDG would increase the influx and place the municipalities in an impossible situation unless mitigation measures are in place. An increase in population will put pressure on all aspects of social needs – from hospitals to schools, security and traffic. This pressure on the surrounding municipalities to meet the demand for basic services may be overwhelming.

The impacts on biodiversity, agriculture, and heritage are less often highlighted in discussions but are also at risk. The alteration of the landscape will have a short to long term impact on the agricultural landscape and resource base. Not taking into account the potential impact on cultural heritage (like monuments, memorials, archaeological sites and graves) could have a damaging effect on cultural integrity and tourism. Nonetheless, SGD investments will create economic booms in surrounding towns, attracting construction, trade (wholesale and retail) and business services. These have multiplier effects on the local economy as employment increases substantially.

The future of the fracking industry is going to be a difficult one with plenty of push back from activists and the public in general. On the other hand, activists must acknowledge that mitigations exist which can protect the environment to an international standard. Unfortunately, vested interest by both extremes of the argument has caused many facts to be brushed off or taken out of context. As decision-makers proceed with shale gas developments in the Karoo, a trade-off must be considered balancing the economic, social and environmental sensitivities.