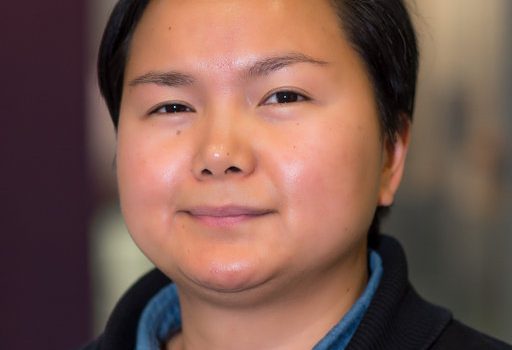 South Africa has in recent years run into electricity shortages, forcing the country’s utility to burn expensive diesel to keep the lights on. A major polluter, the country also relies on coal to generate almost 90% of electricity. On top of this, South Africa has lost its manufacturing competitive edge, which was built on relatively cheap electricity and behind protective trade walls. Electricity prices have increased substantially over the past decade to pay for the power utility Eskom’s two new coal-fired power stations.

Liquefied natural gas could change South Africa’s fortunes. And government recognises this. Policy developments in recent years have factored in an increasingly greater role for liquefied natural gas in the country’s energy mix and the overall economy, both as a clean alternative energy source and as a spur to industrial development.

The southern African region, specifically Mozambique which already has a pipeline to South Africa, could be the major supplier of gas to South Africa.

In my recent research I argue that to develop a liquefied natural gas sector South Africa could re-purpose existing institutions, namely those relating to the country’s established liquid fuels industry.

The research traced the evolution of gas developments in the country from 1998 to 2018. It found a close interaction between the electric and the liquid fuels sectors. At present gas contributes about 3% to the country’s primary energy mix, but there are indications that it will feature more prominently over the next decade.

There are number of reasons for pursuing gas. They include:

South Africa’s history with gas can be delineated into three periods. Firstly, from 1998-2005, South Africa significantly reformed its

energy sector. This included the 1998 white paper on energy, which recognised natural gas as an option to diversify the country’s energy mix. In 2001 the Gas Act was implemented, facilitating the development of gas infrastructure in the country through pipelines and the regulatory framework.

Significantly, in 2004, a pipeline between Mozambique and South Africa began pumping gas. Sasol, a dominant player in the country’s liquid fuels industry, was behind the 865 km gas pipeline. While the majority of gas transported through the pipeline goes to Sasol, the pipeline has nonetheless created demand to around 370 industrial and commercial customers via 530 off-take points.

The second phase covers 2006 – 2012. This is when gas started to feature more strongly in South Africa’s energy policy. A few turning points occurred. One was the substantial shale gas potential reported by the United States energy information agency. This encouraged policy makers to include gas into the energy mix. Second, natural gas discoveries in Mozambique and Tanzania raised the potential for regional trade.

Thirdly, South Africa experienced an electricity crisis, culminating in blackouts in 2008. In response, the state power utility Eskom turned to the costly diesel Open Cycle Gas Turbines. But this was hugely expensive and Eskom burnt through its operating budgets to ensure a steady supply of electricity.

During the third phase, from 2013 to 2018, gas development started to gain momentum driven by major global trends. These include the trend toward liquefaction of gas which enabled transportation of gas to places where pipelines weren’t possible.

Secondly, gas prices began changing from long-term to short-term contracts. This opened up the trading of gas to a competitive, spot market. As a result, new buyers have been attracted into the sector.

Thus, by 2015, the Department of Energy had announced the Gas Independent Power Producers Procurement Programme (Gas I4P) with a procurement of 3.7 GW electricity generation.

By August 2018 the country’s draft integrated resources plan had gas playing a significant role in future electricity generation. The indications were that gas would contribute as much as 15% of the installed capacity mix by 2030. This seems to suggest that energy policy makers believe gas to power has the necessary fit, form and compatibility with the electricity system.

South Africa’s existing institutional infrastructure can be used to develop the liquefied natural gas industry. That won’t be an easy task. There are major efforts required to amend the Gas Act, the Ports Act, Mineral and Petroleum Resources Development Act, and the Electricity Regulations Act, in order to accommodate the LNG initiative.

Gas can also play an important role in the restructuring of the electricity system. As there are trend towards transactive energy, where utilities moves towards customer centric demand, in that grids become less passive and deterministic, and more active and stochastic. Here gas could play a crucial role, as it has features which are flexible and modular enabling a decentralised system. Lastly, there are opportunities for gas as potential feed-stock in industrial processes, which requires strategic reassessment of existing industries. (Material supplied by The Conversation Africa).