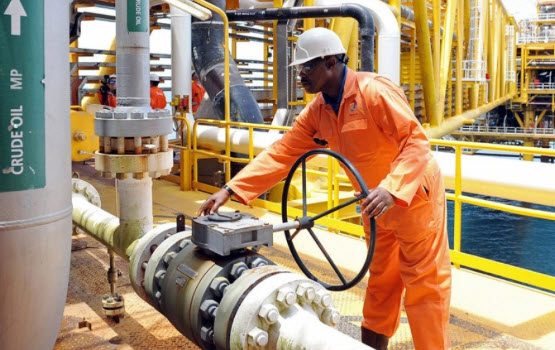 The impact of Covid-19 on oil and gas The global oil industry is experiencing major shocks as the Covid-19 pandemic endures. The challenge to the industry is not just coming from a decline in global demand for energy commodities, but also from questions about the future of the extractive industry in an era of climate change. Current ecological breakdown is related to a host of factors, but clearly the question of extractives can no longer be ignored. The much-reported fall in oil prices and OPEC’s historic agreement on 12 April 2020 to cut global oil production by close to 10 million barrels a day has accelerated the pressure for a low carbon economy on a global level.

Those favouring the position that oil and other fossil fuels should be left underground as stranded assets for the sake of sustainability no longer need to point towards an apocalyptic future. Simultaneously, however, the disruption of the entire sector and consequent loss of export earnings, threat to livelihoods and end to the potentially progressive development trajectories is a major concern for many developing countries. Considering the uncertainty of the pandemic and its impact on government revenues, immediate substitutes addressing both environmental and economic concerns are difficult to implement.

So what are the implications of Covid-19 for the new African oil-producing countries tracked by ESID research – Ghana, Mozambique, Kenya, Tanzania and Uganda?

The current crisis in the global oil industry has different implications for different oil producers. Traditional and developed oil-producing countries are much more integrated into global markets and their economies are facing huge shocks. But their responses can be partially buffered through collective efforts, such as the organisational platform of OPEC and well-established sovereign wealth funds.  In contrast, many producers in the global south lack such buffers and also suffer from weak governance, limited diversification and limited capacity to mobilise resources from alternative sources. The problem is also a political one. For petro-states such as Nigeria and Angola, over 50 percent of exports are linked to the oil and gas sector and oil rents have become critical to maintaining ruling coalitions in power and arguably also to maintaining political stability.

In comparison, the political stability and survival of ruling coalitions in new oil-producing countries is less contingent on oil rents. Many new producers like Tanzania and Kenya either remain in early stages of production or even exploration or, like Uganda, are still involved in a limited set of deals with international oil companies (IOCs). The space to reorient away from resource rents and diversify exports is thus significantly larger, even when compared to other new producers that have now been producing for around a decade, such as Ghana and Mozambique.  In Tanzania and Uganda, for example, oil and gas rents are not definitive in shaping elite power dynamics

With the advent of Covid-19, these countries are not only faced with addressing the economic costs of greenfield investments and uncertainty surrounding future deals with IOCs, the nature of their political settlements – which our research shows is critical to determining the operation of their respective coalitions – is also at stake.

The acute pressure on IOCs to perform and survive in this climate will lead to mergers and acquisitions related to projects in these countries and the cancellation of new onshore and off-shore licences will inevitably delay and perhaps halt the early stages exploration and development of many new producers. The instability in oil prices and shocks to many established IOCs has been accompanied by a fall in the credit rating of many developing countries. In April 2020, the credit rating agency Standard and Poor downgraded Ghana’s foreign currency credit rating to B and revised a previously ‘stable’ outlook for the economy to ‘negative’. High debt, revenue underperformance and financing pressures will aggravate this situation for other developing countries. The outlook for highly indebted national oil companies in these countries is an additional concern. Given these difficulties, many new producers could be forced to reconsider the current pause in energy industry as a chance to partially downgrade their commercial activities and diversify towards other avenues of investment.

Partial downgrading of all processes, including exploration and production

This strategy remains open to all of our five new producing countries, and is likely to become unavoidable, given the pressures. Of our cases, Kenya, Tanzania and Uganda would be in the best position to manage this downgrading, as neither the ruling coalitions nor the economy have become dependent on oil rents in these countries. Such moves would likely be resisted in Ghana, where the national oil company (Ghana National Petroleum Corporation) has played an increasingly important role within the country’s economy, and also in Mozambique, where rents from the oil and gas sector have become central to processes of elite accumulation and inter-elite factionalism.

Transitioning from hydrocarbons towards green energy

The crisis could also become a moment for transition towards green solutions. The IOCs are, somewhat controversially, facing huge pressure to cut emissions with Shell, committing to zero carbon emissions by 2050. Although it is too early to predict if African countries can lead greener transitions, given the burden of economic costs and both the transnational and also unequal nature of global value chains in the emerging green economy, moves to establish coalitions between IOCs, producer governments and civil society to explore this would be a welcome start. Progress in this direction will be closely shaped by the balance of power within given political settlements. There is already some evidence that the relative absence of strong vested interests in Kenya’s carbon economy is enabling it to move more rapidly to adopt greener energy solutions than in Ghana, where organisational and financial interests around fossil fuels are stronger and more embedded.

History shows that the energy sector, and especially the oil industry, has been extremely enduring and politically strong.  Where ruling coalitions have become dependent on oil rents, and perhaps also ideologically committed to the promise of hydrocarbons, they may refuse to change course. This approach may offer a route to political survival and perhaps stability in the short term, but seems unlikely to offer an economic strategy that is in any sense sustainable over the longer term. Under each scenario, the ways in which natural resource governance interacts with political settlements will be critical in determining the nature of future development trajectories in Africa’s new producers. Farwa is a Postdoctoral Research Associate for The Effective States and Inclusive Development (ESID).